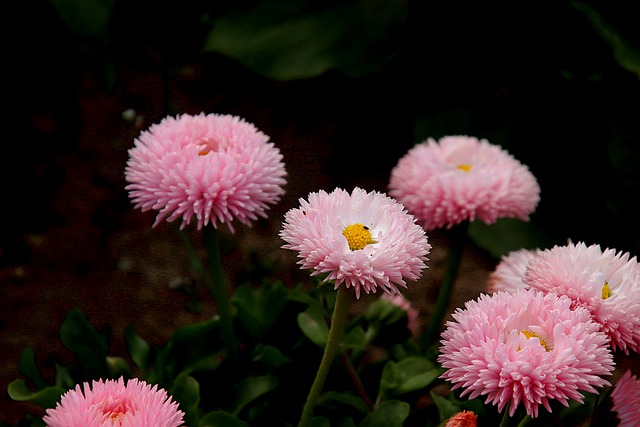 Pom pom plants are popular for their globe-shaped flowers that add a burst of color to any setting they are incorporated into.

You must have seen this stunner blooming to its full in gardens and parks. The vibrant colors and dense collection of petals into a tight pompon-shaped pattern are the peculiar characteristics that make them fine as hell!

Tip: Want to give the best gift to your friend at her wedding? Ask her if you could arrange for her the wedding bouquet and make a magnificent masterpiece by compiling a variety of pom pom plants we have mentioned below!

Why are they named pom poms?

That’s the question of the day. Well, firstly they resemble pom poms used in cheerleading (Duh!).

But what made them be named as pom-pom plants initially in ancient times?

The answer to it lies in history.

It was first discovered in China in 500 B.C., where it was named chusan daisy (Priceless.) It was even used in meals and consumed regularly by the common people.

Alternatively, on the other side of the world, Vikings used fake tufts as a must-have accessory. They used ornamental pom poms on their hats and garments excessively during that era.

This trend came back to life once again after 700 years when the French Army made this ornamental tuft a compulsory part of their costume in the Napoleonic Era. French were the first people who called them ‘pompons’ due to their peculiar globular shape.
This is why when these magnificent, compact,tuft-like flowers were discovered by the French, they immediately named them after pompons.
What a story! Am I right?

The division of pom pom plants is based on the flower shape of each plant. Pom pom plants can differ significantly in shape and size.

The varieties of pom pom plants that are commonly observed are:

Button poms are the chrysanthemum pom plants that have round flowers that are crested in shape. The multitude of mini ray petals of each flower on this pom pom plant has a compact arrangement, thus completely masking the central structure of the flower. A trending button pom is Kermit green button pom known as Yoko Ono that has an impartial green color that symbolizes fun and energy. (Buy this ecstasy and see for yourself!)

The pom pom plants in this category are daisies, the ones which are a spitting image of a sunflower. The difference between the two is of arrangement; sunflowers have one bloom per stalk while daisies have a spray-like flower arrangement.

This particular pom pom plant is a wild perennial plant that is hardy and spreads at a high rate. Its ability to overgrow other native plants has made it called a weed. Pom pom plants of this nature have created an alarming situation in Africa, a continent to which they are native. Such pom pom plants have seasonal growth and produce light purple flowers. (Not too shabby for a weed, right?)

Both of these belong to the same family ‘Asteraceae‘ in taxonomic classification (You can consider them as distant cousins, in a way).

All variations of pom pom plants boast of their unique flower shape. Each flower on a pom pom plant is defined by its natural ball-like growth pattern that protects the center of the flower by covering it completely.

With their numerous petals pointed upward and inward to resemble a globe, these fiery creatures resemble a sun (or better yet, a floral sun) in a floral solar system. The pom pom plants’ ability to entail minor details adds significant depth to the structure. You will surely be left fixated by these seemingly perfect blooms.

Pom pom chrysanthemum plants are the best-known variety there is. Their surplus flower petals arrangement and mesmerizing colors have made them a favorite among florists and gardeners alike.

You will find these subtle beauties in masses as soon as the fall season arrives. The cool air and the rustic background of fallen leaves accentuate the color pop of these statement pompon chrysanthemum plants. (Seriously, if you have ever visited a fall garden, it’s impossible to miss these alluring flowers from your sight!)

Pom pom mums plants, also known as button mums, encompass different color varieties (all of which have the iconic globular bloom). They are also called spray mums, for their spray-like flower growth from a single stem.

The GOAT (Greatest of all time) pom pom mums plants are

Fun Fact: Do you have a crush who has no idea that you are head over heels in love with him? No worries, give him/her a yellow pom plant which signifies neglected love. Ask them to look up its virtual meaning. You might change their mind with this gesture!

The best thing about pom pom plants is that they can grow in any type of garden. This hardy perennial flourishes well if it receives 8 hours of sunlight per day.

Beware: A lot of intense direct sunlight can actually harm your pom pom plants. Plant them in partial shade or light sunlight for growth.

Pom pom plants belonging to this genera bloom in autumn, showcasing their rich colors during this period.

Note: Pom pom plants bloom 3 months after they germinate. You wouldn’t have to wait very long!

Water these plants periodically. They love moist soil but cannot tolerate standing water as it damages their leaves.

If you’re looking for an indoor tree plant with pom poms, mums will be ideal for you. You need to place them in nutrient-rich soil and water them lightly but frequently for best growth. Chrysanthemum pom pom plants require a pH 6.5 soil that is well-drained.

Note: Pom pom plants’ roots are shallow, therefore be very careful that waterlogging does not occur. This can lead to root rot, thus destroying your precious plants completely!

As far as fertilizer is concerned, you need to add a 5-10-5 fertilizer once before it blooms. You can, however, also add diluted fertilizer from time to time if needed.

Pom pom plants love sunlight. Make sure they get at least 5 to 6 hours of exposure for optimal growth. Reducing the sun exposure duration is recommended to promote blooming.

A native of the UK and the Mediterranean, this spring-favorite flower will be the highlight of your garden! Pom pom daisy plants are a staple of flower gardens and rock beds. They are quite hardy and do not require much attention. (Noice!)

Their single or double flowers growing in the cool season bring in a fresh wave of color. They combine well with other plants and are not very demanding (A very good choice for the ones among you who want to effortlessly upgrade their garden).

Note: While it’s possible to germinate this pom pom plant’s seeds indoors as well as outdoors, a slight hiccup is that once sprouted, you need to place them in your garden for best growth.

The most famous pom pom plant among daisies is ‘English Daisy‘. Its scientific name is Bellis perennis (You must have seen these classic flowers on movies, mixed with pansies and snapdragons as an edging plant for around spring borders for an eye-catching look)

This pom pom plant also has many cultivars available, such as

All these hybrids of pom pom plants have red, white, or pink blooms, ranging in different sizes and shades. The iconic symbol of daisies, the yellow center of flowers, is present in all pom pom plants i.e. the ones with fully double flowers.

Pom pom daisy plants are a lover of cool seasons: the ones where there is ample amount of sun but the weather is cool, such as early spring, late summer, and autumn. (Who doesn’t love this time? The freshness you experience in such a weather period is ethereal!)

Note: English daisies flower 6 to 8 weeks after germination. And they proliferate rapidly if the conditions are favorable. Therefore it’s best to grow it in large containers so they do not take over your garden!

These evergreen perennials are happy with moderate sun exposure for 4 to 6 hours. You can also place them in full sun but keep in mind that they do not survive in the complete shade!

As far as soil type is concerned, a well-drained open garden soil works best for these pom pom plants.

Water them from time to time but make sure you do not overwater as water-logged leads to root rot.

Pro Tip: Have you fallen in love with your pom pom daisy plant? Do you desperately want to preserve your pom pom plant for next year’s cool-season bedding scheme? Simply deadhead the flowers after the flowering period is over and move them to pots in a nursery. You can do the same with pom pom mums plants too!

Note: Are you looking for indoor succulent tree plants with pom poms? Do you want to be a welcome harbinger of this latest Instagram-worthy trend among your friends? Well, in that case homie, we have got you covered. Sedum sieboldii “October Daphne” is an extraordinary hanging indoor succulent tree plant with pom poms. The dense globular bouquet of small pink flowers, when bloom in October (Duh! The name!) gives away the appearance of pompoms.

A biotechnologist by profession and a writer at heart. I have always been an avid reader of books related to nature, health, lifestyle and much more. Nowadays, I passionately write about the topics of my interest(after extensive research) to help everyone around the world.
← Prev: Learn about winter plants and much more Next: A brief guide about purple house plants → 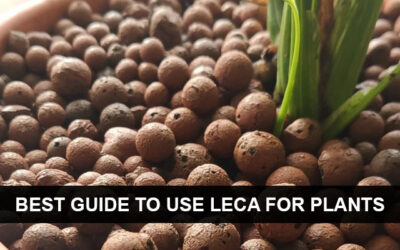 Best guide to use LECA for plants

When I first researched about LECA, it seemed very interesting that you could grow indoor plants with the help of some... 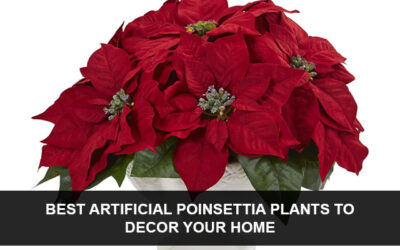 If you get tired of maintaining different types of indoor house plants, why not give it a try to artificial poinsettia... 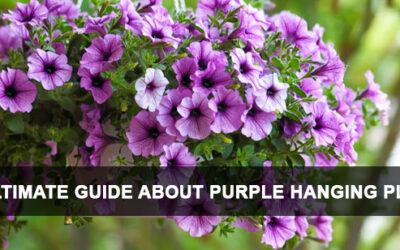 Gardening is becoming one of the most loved hobbies all across the world and people want some attractive approach and...